I think I was introduced to Kuan Yin at the Tree of Life Tai Chi studio Massachusetts around 2000. I would be practicing Qi Gong and have visions of her while we were meditating. Then after 9/11/2001 I began ‘hearing’ people crying. I believe they were the families of the people who died in the Twin Towers that day. It was a really intense feeling and was hard to shake. I didn’t know how to shield it at that point in my witchy life. But I was grateful to Kuan Yin for the chance she gave me to ‘listen’ for a bit. From then on the door was opened and I started praying to her. I remember my husband and I went to visit friends in Manhattan very soon after 9/11. The people we met on that trip were so grateful that we’d come because many were too scared to go. It was our little way of showing support although we weren’t there to do rescue work.

That year was also when I found my calling to be an acupuncturist. I am grateful to Kuan Yin for guiding me to my path. I think compassion is one of the most important traits for my vocation. 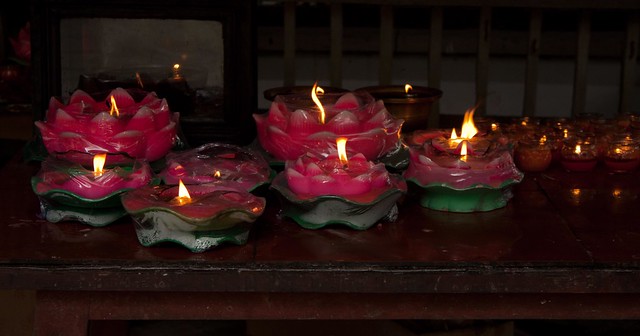