Kwan Yin, Kuan Yin, Guan Yin, Kannon, The Bodhisattva of Compassion. The Goddess of Mercy. She who hears the cries of the world. He started out as Avalokiteśvara in Sanskrit and then by the time he got translated into Chinese, became a female deity.

She is pictured many ways – standing on a lotus, a dragon, a carp. She holds a vase with the ‘dew of life’ in it, and she’s pouring it into water. In her other hand, she may hold a willow branch. Sometimes she is depicted with a thousand arms with which she can reach out to those who need her help. In her headdress, you can see the Amitābha buddha.

To invoke her, all you need to say is Namo Guan Shi Yin Pusa and she will come to your aid.

To hear a chant with her name in it, go here. 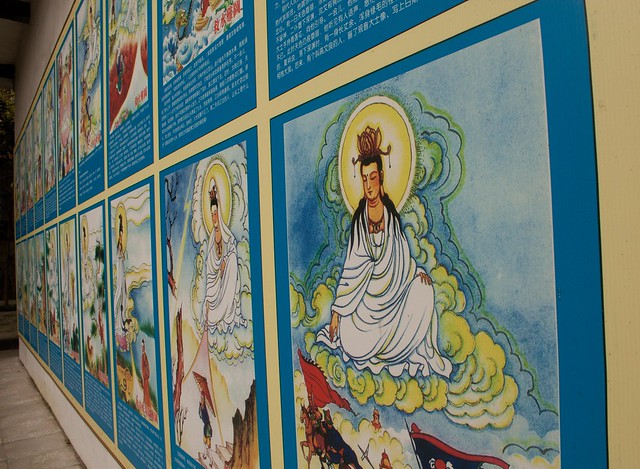 From the Guan Yin temple in Xinjin County, China by Nisaa